A decade ago, 300,000 citizens of Philadelphia were suddenly lost in Oblivion. Nathan Cole was the only one to have never given up searching the apocalyptic hellscape of Oblivion. Now, he embarks on a new journey with full knowledge of Oblivion and what caused the Transference! The fate of the Earth rests in his capable hands! This hardcover features the final twelve issues of the hit comic book series, along with covers and a sketchbook, in one oversized hardcover volume. Perfect for long-time readers and new fans. Collects OBLIVION SONG #25-36. 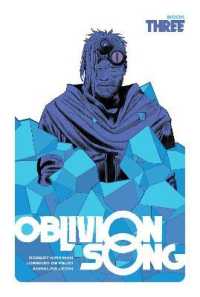